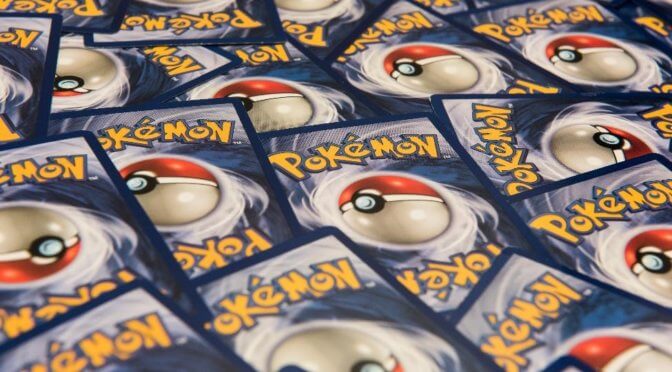 The Pokémon cards craze in the late 1990s and early 2000s was impossible to ignore for kids and parents alike, but it wasn’t an enduring phenomenon. As a result, families in Boise, ID and across the nation have Pokémon cards tucked away in their basements and self storage. Two decades later, it’s natural to ask the big question: Are any of those Pokémon cards worth anything today? The answer may surprise you – but don’t start counting that money just yet.

The condition of your Pokémon cards is a vital part of whether they have any value. Collectors aren’t interested in ripped, stained, or otherwise defaced cards, and such wear can severely tank a card’s value even if it is a rare one.

You’ve probably heard of mint condition cards before. If you’re wondering whether or not a card qualifies as mint, you’ll need to get it graded by a PSA (Professional Sports Authenticator) representative. Your card could be worth more if you have its condition officially graded.

Pokémon cards that were released before Nintendo began distributing the trading card game were printed in two sets: first edition and unlimited. You can tell that a card is first edition because of the “Edition 1” badge located at the bottom-left of the card illustration.

It is these cards that carry great value, while their non-first edition cards are much less valuable. For instance, an unlimited holographic Charizard from the Base Set – perhaps the single most famous Pokémon card in existence – sells for about $88 on average. However, a quick look at eBay reveals that first edition Charizards can easily sell for thousands of dollars.

Not All Cards Are Worth Something

It’s worth noting that your average Pokémon collection won’t make you rich. Most cards in recent sets aren’t worth more than $1, and even the rare ones often aren’t worth more than $10. However, there still is value in the older cards – the ones that have been sitting around in self storage for years. Base set cards can be surprisingly valuable, and if you’re lucky enough to have a first edition holographic card, you could be set up for a pretty penny.

If you’re looking to maximize your return, use sites like pokemonprices.com or eBay to do research, checking each individual card of uncommon rarity or higher. Blindly selling your collection without doing the legwork on Pokémon card value could end up selling yourself short – and giving a collector a great deal.

Store Your Cards In Self Storage

Central Self Storage is the perfect place to store your Pokémon cards and other collectibles. With a climate-controlled storage unit, your cards will stay protected from extreme temperatures and humidity. We’ll help you pick out a self storage unit in Boise, ID that’s ideal for storing your cards and keeping them unblemished for years. Contact us today!