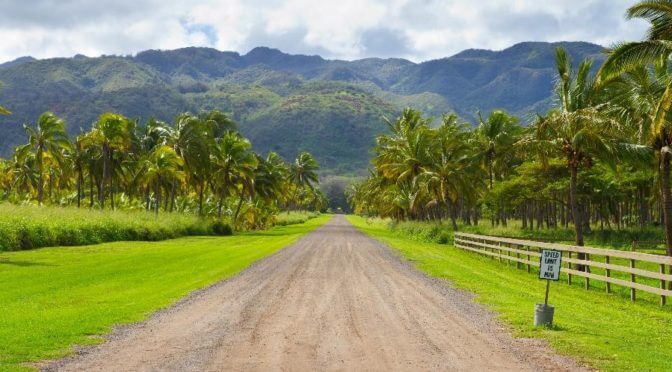 When planning a Hawaii vacation, it’s tempting to stick to the beaten path of Waikiki Beach, Waipio Valley, and Waimea Bay. All nice locations, all full of camera-happy tourists. If you’re looking to chart your own course around this exotic state, though, do what the locals do: Head north 30 minutes from Honolulu into the Oahu central valley, where you’ll find Mililani, HI. Central Self Storage has the scoop on this unique island city with a plantation past and prosperous future.

Though a large number of residents now live in Mililani and commute by highway to their jobs in Honolulu, it wasn’t long ago that the area was nothing more than plantation fields for sugarcane and pineapple. While people often associate the fruit with the state of Hawaii, it’s not actually a native plant. Called “halakahiki,” or foreign fruit, in Hawaiian, it’s originally from South America. It wasn’t until James Dole, of the Dole Food Company, successfully cultivated the plant in the fertile Oahu soil that it became an American staple. The original Dole Plantation still stands just outside of Mililani proper, and offers both a pineapple garden tour and the world’s largest botanical maze, open year-round.

Because of the town’s former farmland past, the use of agricultural pesticides had contaminated the area’s drinkable water. In the early 1980s, outraged citizens worked together to push the issue to the forefront of the state government, gaining significant national attention. For their efforts, Mililani was named an All-America City in 1986 by the National Civic League, the only community in the state of Hawaii to earn that honor. The town has experienced unparalleled growth since that time; it was listed by Money magazine as one of the best places to live in the U.S. in 2005, and is now the third-wealthiest zip code in Hawaii.

Mililani may be as All-American as they come, but it still has a number of interesting cultural elements that are uniquely Hawaiian. The town association puts on a Cardboard Regatta every summer at the local recreation center, where teams compete to see whose cardboard-and-duct-tape ships are the swiftest. And every New Year’s Eve, while the country’s eyes are on the ball drop in Times Square, Mililanians are focused instead on their own annual drop – a lighted pineapple, 10 feet tall by six feet wide, synced perfectly with its big brother in New York City.

Don’t Let a Lack of Space Ruin Your Island Getaway

A Hawaii Vacation should be a time to relax, not worry about your clutter at home. So go ahead, get a little shopping-crazy at the Dole Plantation gift shop. With Central Self Storage’s climate-controlled indoor storage units, you can rest easy knowing your souvenirs will be kept safe and secure from the elements. Contact us today for more information about rates and availability.